Although there was a lot of fear coming on Wednesday which saw higher-than-expected inflation numbers, the markets were able to shrug off the fears and rally until the end of the week. Indicators now look set for a pivotal move, and next week should be exciting. Let’s take a look at the individual names.

this week , dollar spy ETF closed in $385.13 (-0.91%), Slightly below last week’s close yet still above the aVWAP pivot level from the Covid bottom. Selling interest appears to be waning as price action within the symmetrical triangle intensifies. The 50 SMA and the unfilled gap are two targets when moving up and out of the triangle.

this week , QQQ dollars ETF closed in $291.87 (-1.18%), Which makes it the second strongest indicator in the group. Like the dollar spy, the price action is getting tight inside the symmetrical triangle and the 50 SMA, as well as aVWAP from the Covid bottom could be pivotal resistance levels above. 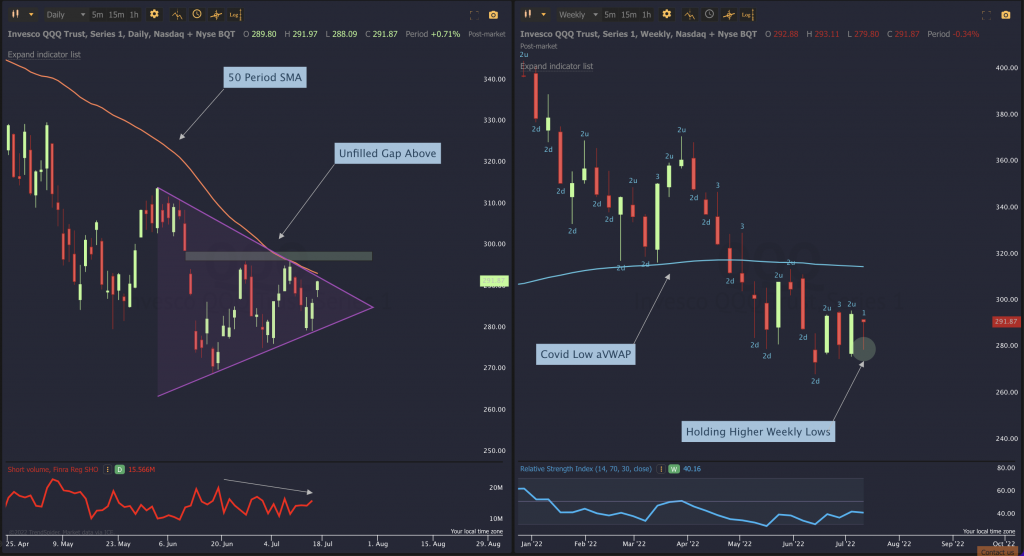 this week , $ IWM ETF closed in $173.09 (or equivalent in local currency) (-1.42%), Which makes it the weakest of the three indicators. If the price is able to go up and out of the symmetrical triangle, the 50 SMA and the unfilled gap above could play a role. 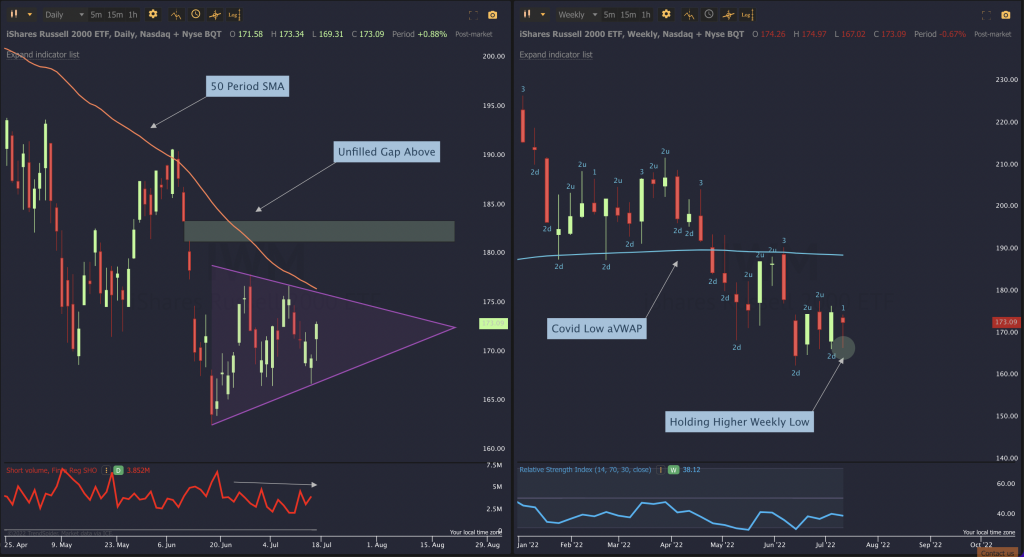 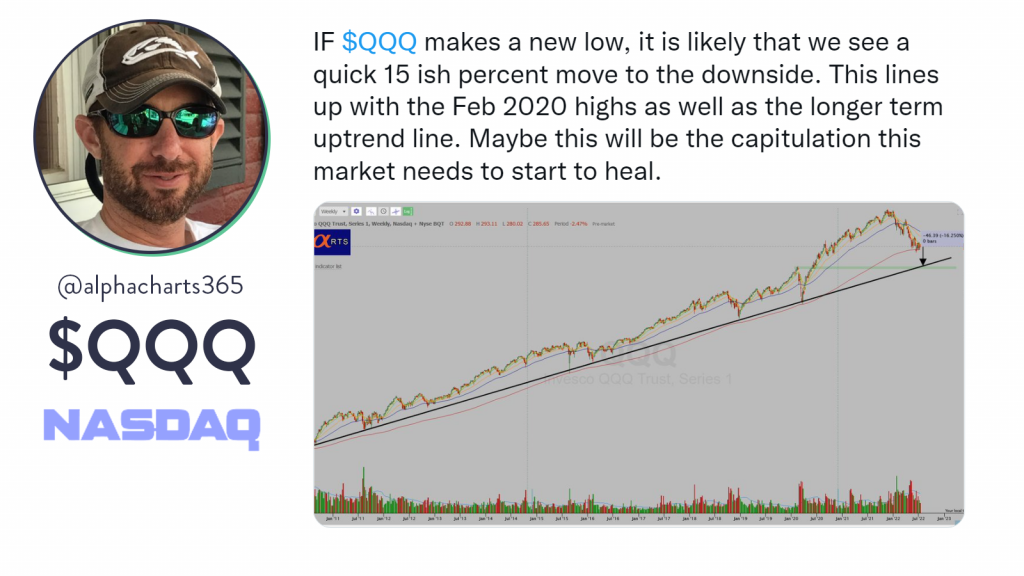 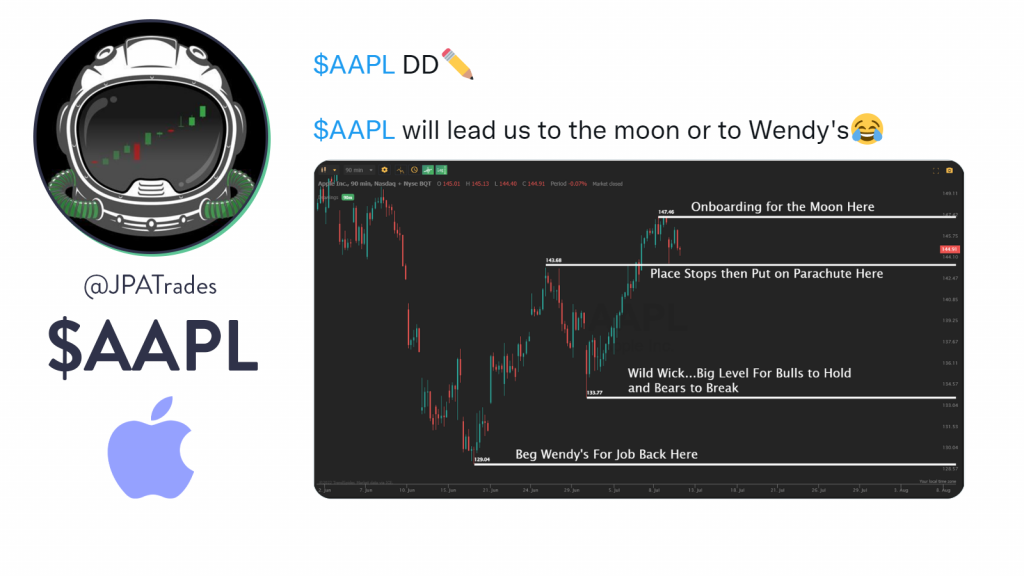 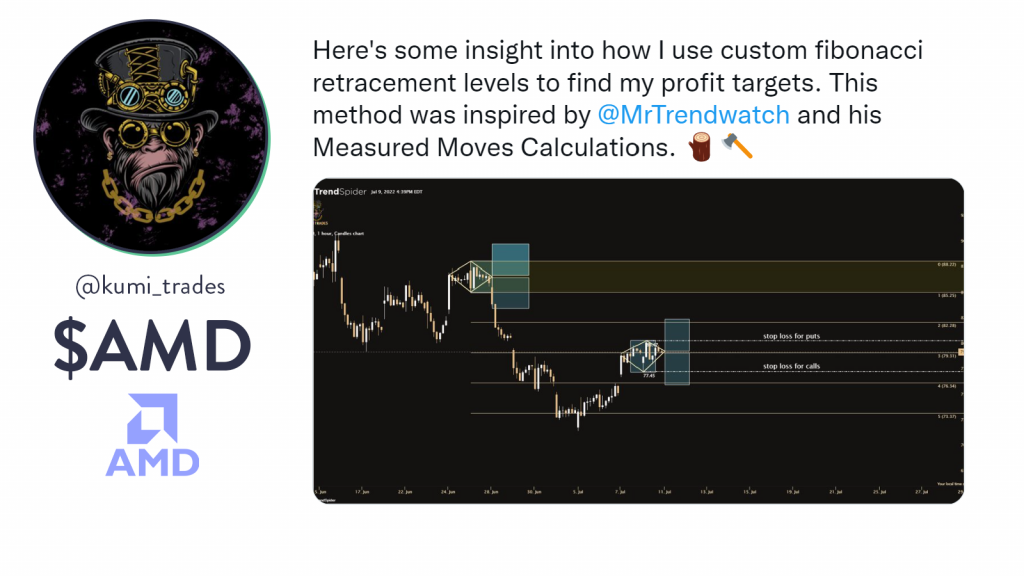