The week started with a bang, taking out “must hold” areas from the previous week on all indicators. Although the news of a 75 basis point rate hike brought some strength and hope to the markets on Wednesday, it looks like this was just another opportunity for short sellers to reload as we saw the markets gapped back on Thursday and traded lower to weekly lows on Friday. Let’s take a look at our position on individual names now.

this week , dollar spy ETF closed at $365.84 (or equivalent in local currency) (-6.15%), It failed at the lowest level of the previous range and closed near the lowest levels for this week. The $350 level, which coincides with the 200-week SMA, appears to be an inevitable target in the upcoming sessions. This is the next level where we can see the bulls stepping in again.

this week , QQQ dollars ETF closed at $274.71 (-4.89%), Similar to the US dollar, the 200-week simple moving average is just below the $265 level. We also have our eyes on a possible RSI divergence that appears to be forming on the weekly time frame. 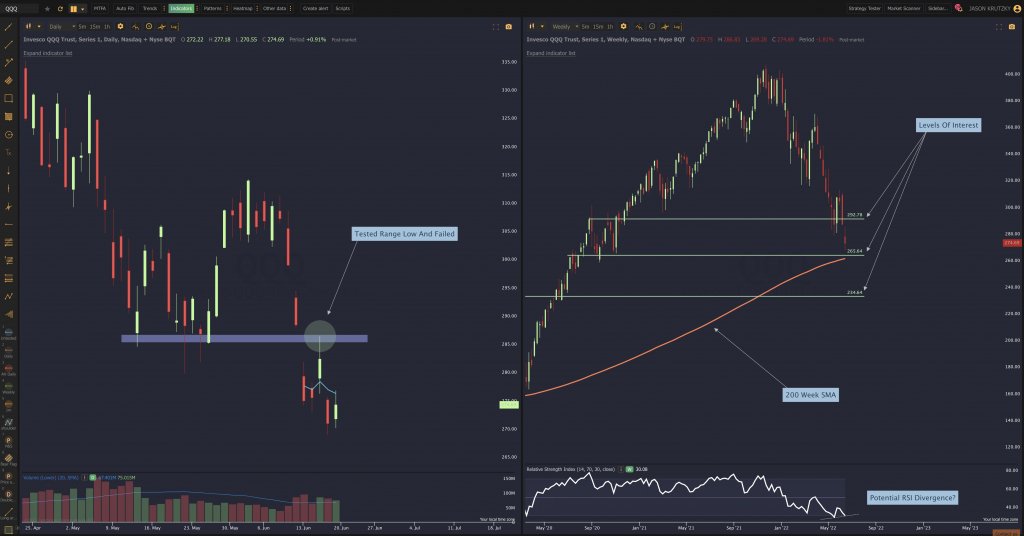 this week , $ IWM ETF closed at USD 165.18 (-7.51%), Which makes it the weakest performer among the group. This is a change of direction for the name, as it has been performing the best quite often in recent times. It has failed below the 200-week simple moving average, but there is a potential RSI divergence on the weekly time frame. 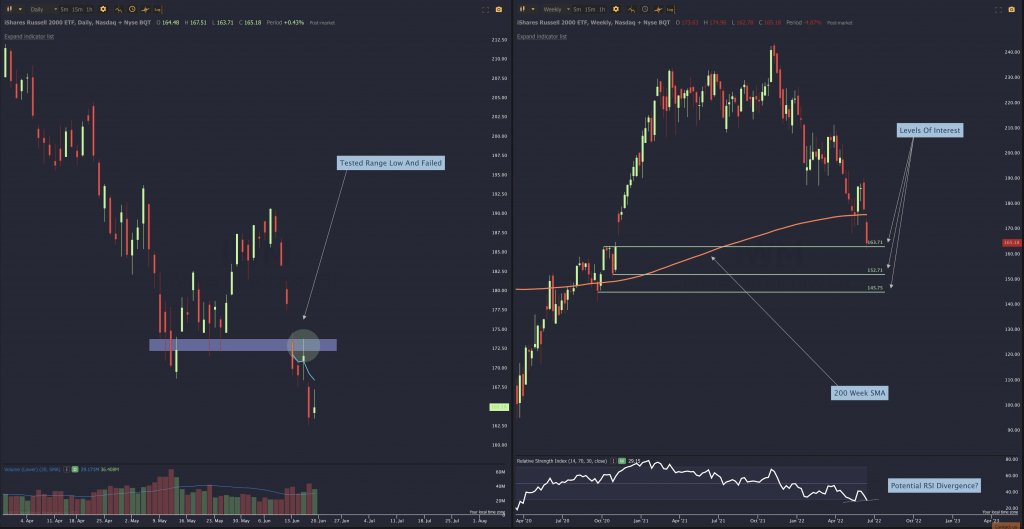 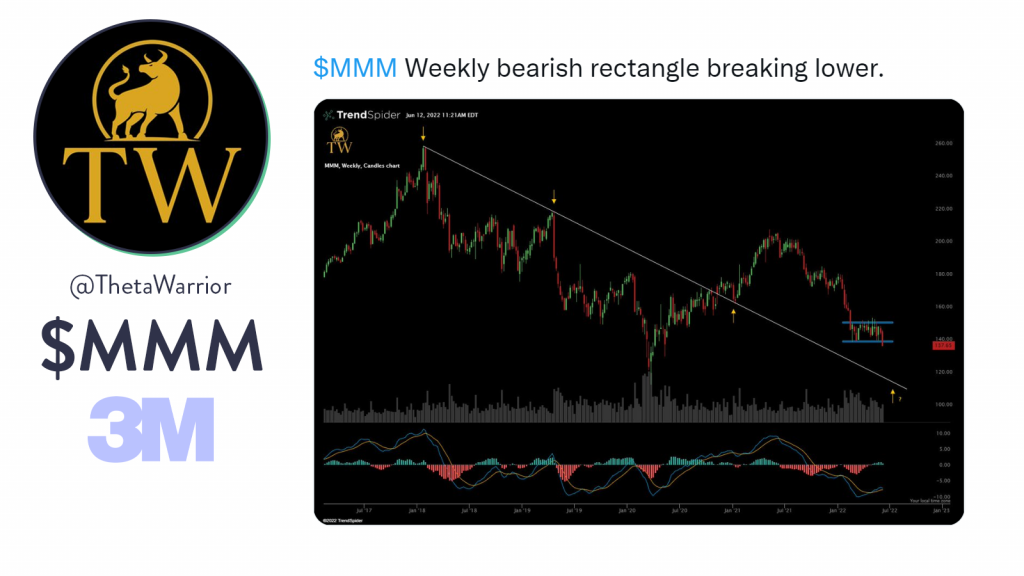 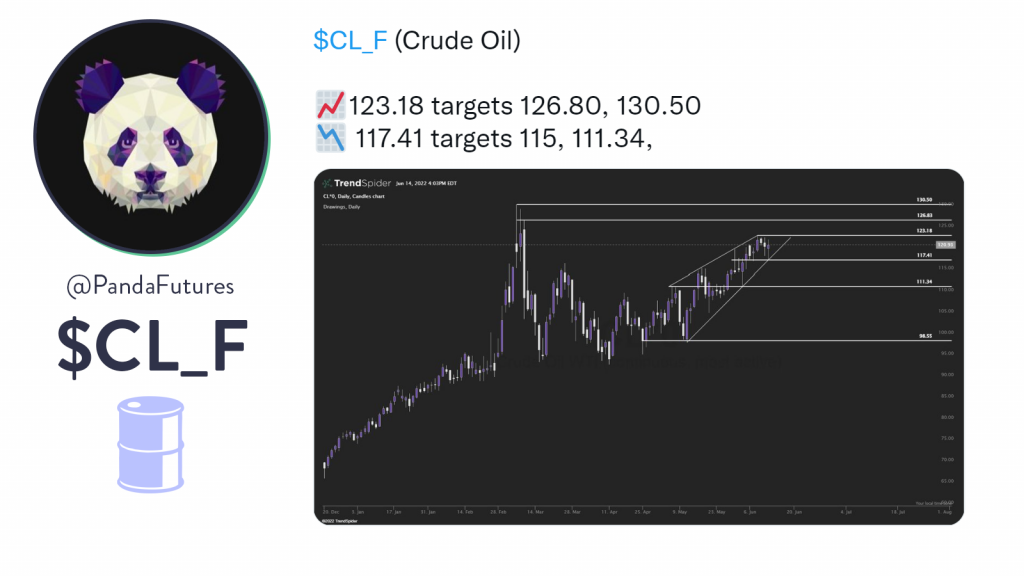