For all intents and purposes, indicators this week started at their lowest levels since November 2020. With sentiment in the landfills, it was fitting to finally see some strength. The bulls enjoyed five straight green days this week, and the stage is ready to continue next week. Let’s dive into the individual names below.

this week , dollar spy ETF closed in $390.08 (or equivalent in local currency) (6.62%), To get back what I lost last week and some. Support was found just above the 200 SMA on the week and the next level for major resistance is the level that lost around $407.

this week , QQQ dollars ETF closed in $294.96 (or local currency equivalent)7.39%), Similar to the spy dollar, it regained everything it lost last week and some. Support was found at the 200-week simple moving average and VWAP from the 2019 low. The next resistance level above is $302.

this week , $ IWM ETF closed in $175.06 (5.98%), This makes it the weakest performer among the group for the second week in a row. The price was able to recover the previous levels it lost a few weeks ago, but the 200-week SMA and VWAP from the 2019 low are staying a little higher and could act as resistance in the coming weeks. 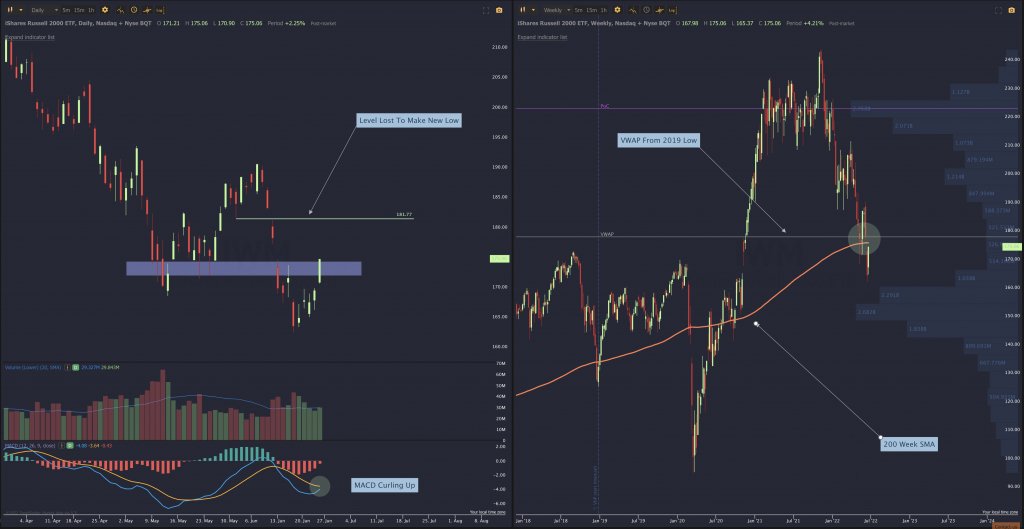 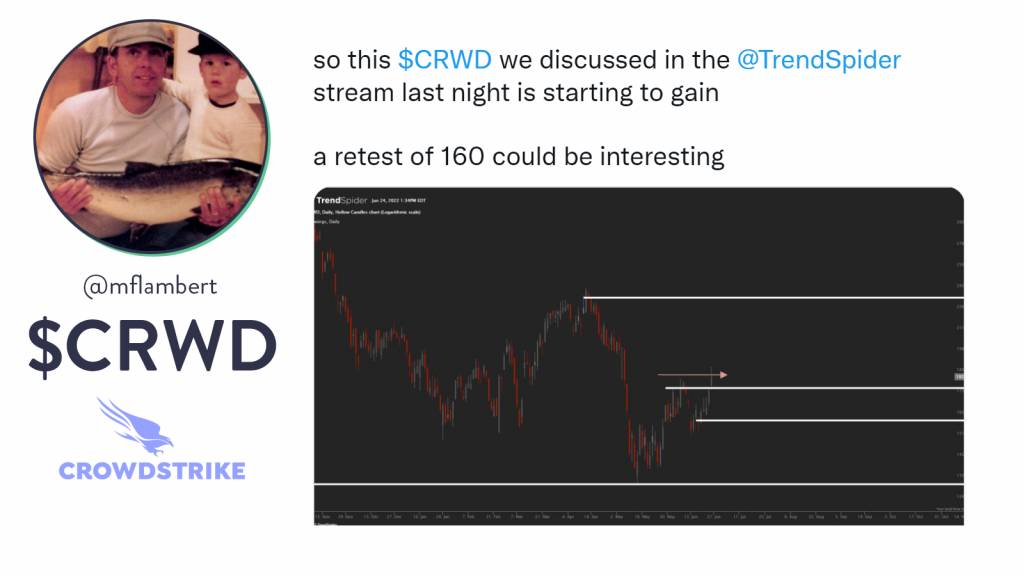 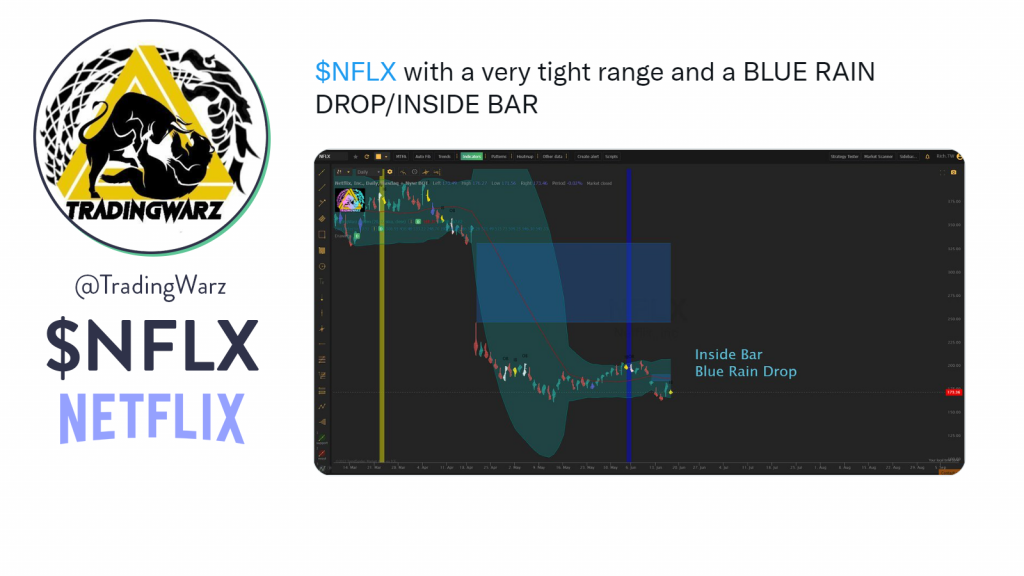 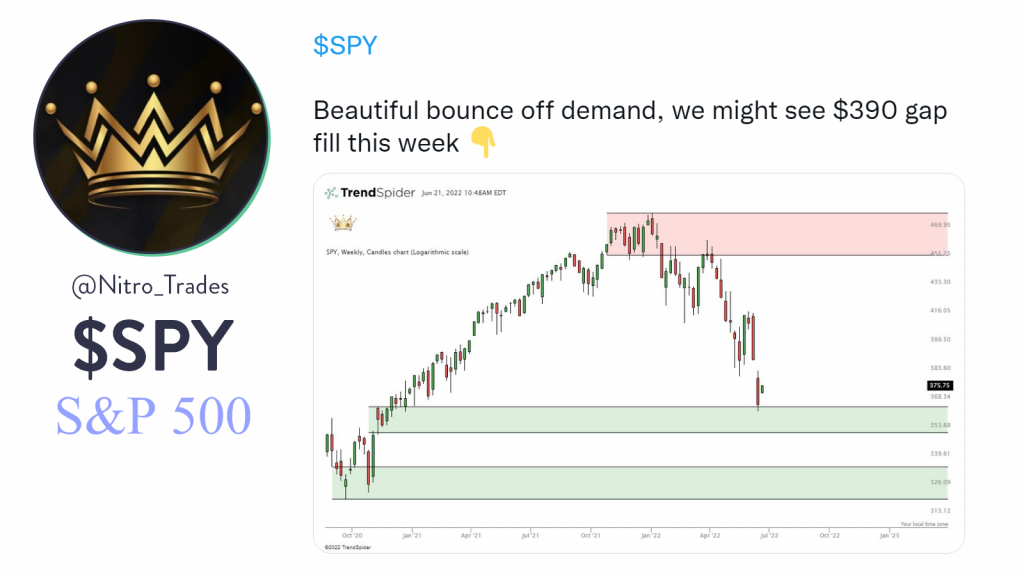