Another week has come and gone and we find ourselves making new lows in two of the three major indicators. Although it looked as if the markets had begun to stabilize earlier in the week, those hopes were quickly dashed on Wednesday. With the bear market in full swing, market participants are hoping for some kind of comfortable bounce in the coming weeks, but when that comes and how strong it will be, anyone is going to guess. Let’s delve into the individual names.

this week , dollar spy ETF closed at $389.59 (or equivalent in local currency) (-3.02%), And just like last week, it managed to get rid of last week’s low. A bright spot can be found in this price which managed to close just above aVWAP from the March 2020 low thanks to a strong rally late on Friday. Were these just shorts covering the weekend or something else?

this week , QQQ dollars ETF closed at $288.54 (-4.44%), It also took out the lowest level in the previous week and closed at the RSI levels not seen since March 2020. The red candle is on the 7 weekly marks in a row, an achievement not achieved on this indicator since 2001. 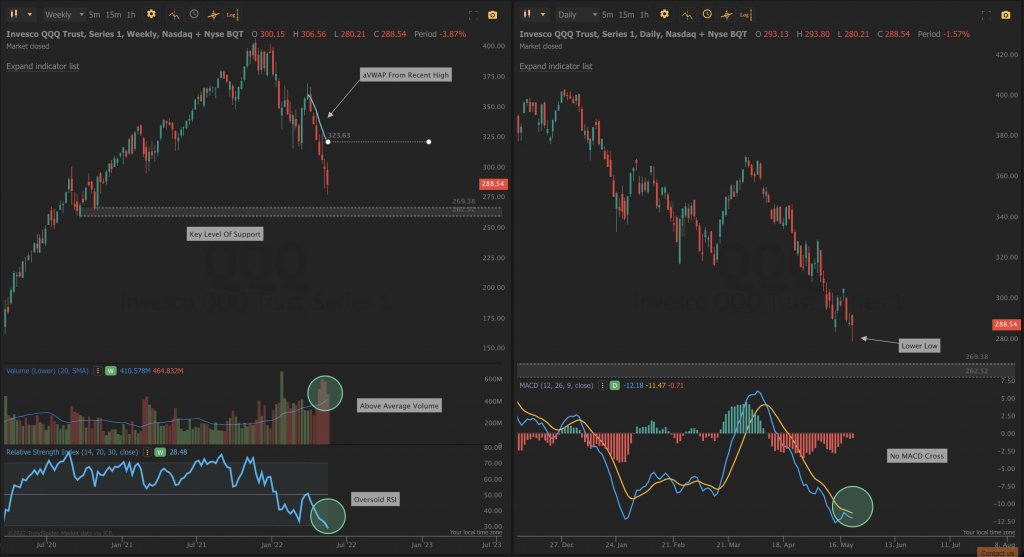 this week , $ IWM ETF closed at $176.18 (-1.06%), Which makes it the strongest performer among the group. On the weekly side, the only constructive thing we see is that this indicator was not able to make a new low against last week’s low. In addition, a pair of Doji candles may indicate an approaching reversal. However, there is a vacancy that one expects to fill sooner rather than later. 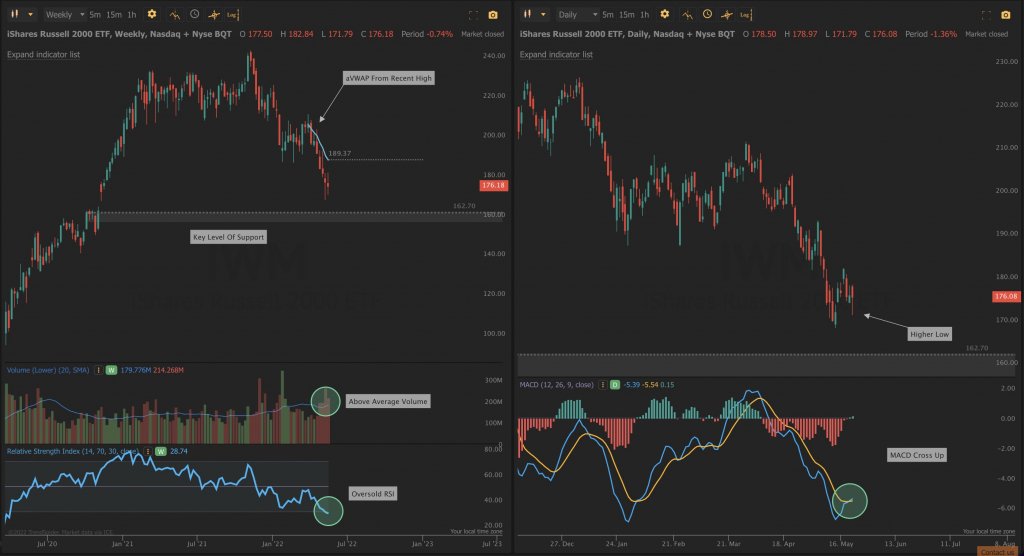 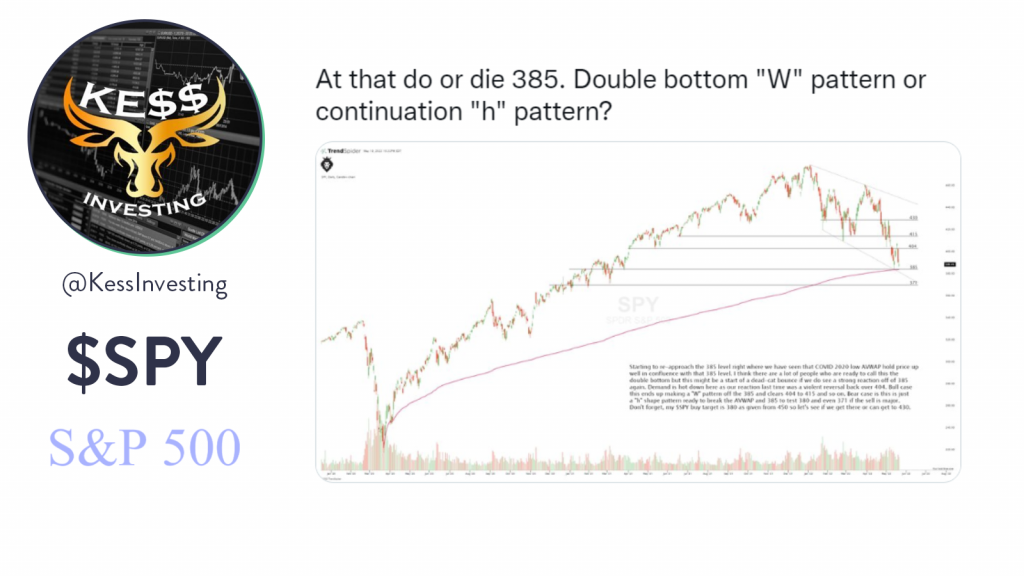 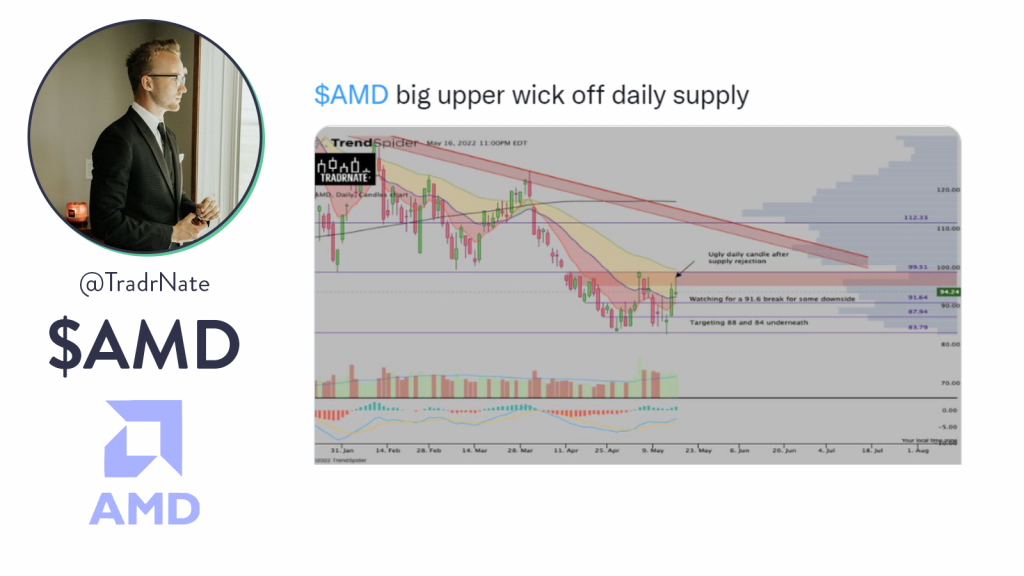